Queen Bee is worth more than Queen Elizabeth to Britain

Don’t tell the Queen, but new figures have revealed that #bees actually contribute more to Britain’s economy than the monarchy.University of Reading researchers discovered the surprising statistics after they attempted to estimate the overall value of the insects by examining how food crops rely on bees – and how crop sales contribute to the UK economy.And they found that Queen Bee is worth more than Queen Elizabeth, with the insects contributing £651 million to the UK economy every year, £150 million more than the Royal Family contribute through tourism. 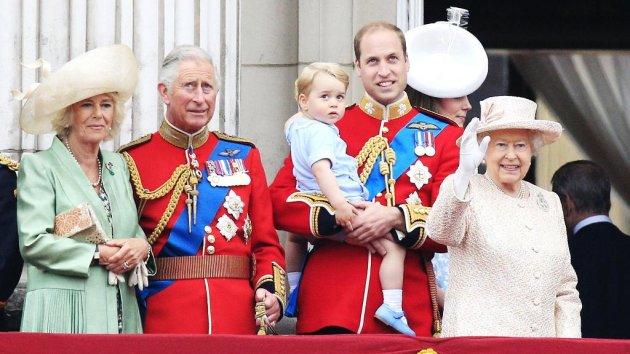 Prince George joins his family on the balcony at Buckingham Palace

The statistics come at a time when the government considers lifting a ban on the use of farming pesticides which are feared to cause the decline of bee colonies.

To date, more than 364,000 people have signed a petition to block farmers requests to use the pesticides.

Campaigner Megan Bentall said: ‘These figures show that any decline in our bee population would rip through our rural economy.

‘Hundreds of thousands of us are asking why the government is even considering allowing harmful pesticides back on British fields. We’re calling for Environment Minister Liz Truss and the government to keep the ban on bee-killing pesticides, with no exceptions.’

‘If we want future generations to be able to eat home-grown strawberries and Bramley apples, we have to keep bee-killing pesticides off our land.’

« USA- PROTECTING POLLINATORS THROUGH HABITAT CONSERVATION IS CRITICAL TO PRESERVING FOOD SUPPLY
Why are bees important? You asked Google – here’s the answer »